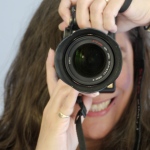 I love travelling and I love eating, but I hate eating tourist food.

I’m Johanna Read — a travel writer who collects advice about eating near and far (and about what to do between snacks).

I’m also the Contributing Editor of two magazines, La Carte and Luxury And Boutique Hotels, and S.E.E. Africa‘s new Responsible Tourism Columnist. I write freelance for a variety of print and digital publications in Canada, the U.S., and internationally. They include the in-flight magazine for United Airlines, Men’s Journal,  USA Today’s 10Best, Almost Fearless and Canadian Traveller.

2017: This year started with an amazing press trip to Uganda, where I got to trek with mountain gorillas and see the source of the River Nile. I’ve enjoyed several press trips to the U.S. including to culinary / college town Lexington, Virginia; Seattle and Seattle Southside in Washington; Schlitterbahn Waterpark in New Braunfels Texas; and the Canada-like Madison, Wisconsin. In Canada, I went up to Prince Rupert and will soon be on my way to the islands of Haida Gwaii. A few more press trips are in the works, and I may book a beach trip on my own for the end of the year (how unusual!).

2016: I added several new countries to my list. I started the year back in South America, in Brazil, Uruguay and Argentina. I had a little family trip to Palm Desert, California; press trips to China, Cuba, back to Nimmo Bay in the Great Bear Rainforest, and to several places in the U.S. including Hot Springs, Arkansas; Nashville, Tenessee; Chicago; Kauai, Hawaii; and Branson, Missouri; and a trip to hike Scotland‘s West Highland Way and see Iceland‘s waterfalls and northern lights. Sadly, I had to cancel a trip to Estonia, Finland, Latvia, Russia and Lithuania, due to my partner’s surgery (he’s fine now!).

2015 trips: I spent a lot of time regrouping in Vancouver in 2015, and doing some work on my consulting business. I was lucky to go on another press trip to China, this time to Sichuan and Shanxi provinces. I had lovely summer trips to Whistler and Vancouver Island. I was in Morocco and Tunisia (making Africa my sixth continent in twelve months). And I checked out Barcelona for the first time in February 2015, plus wandered around Paris.

Checking out Gaudi in Barcelona. Photo by my sister Megan.

2014:  I ended the year in Ecuador and Peru. September took me on a press trip to China on assignment for Dreamscapes Travel and Lifestyle Magazine (Shanghai and Hunan province), thanks to the China National Tourism Administration (here’s the story of what to see and how I became a bit of a celebrity).

I spent the winter of 2013-14 on a six-month mostly solo trip in Oceania (New Zealand and Australia) and Southeast Asia (Malaysia, Thailand, Laos, Cambodia, Indonesia), and that summer checking out some Canadian hotels and hanging out with friends and family closer to home. Before that was Panama, Namibia and South Africa.

I’m always on the move!

Following me on social media makes sure you’re always in the loop.

Want more? Well, that’s flattering (and a little nerve-wracking!).  Ok, but only since you asked: even more about me, my travelling style, and what you can expect from my writing and photos.

Thanks for visiting!
Johanna

All text and photos are by TravelEater, unless otherwise noted.  While you are welcome to link to any page on this site, you may not use text or photos without permission.  ext and photos by guest posters remain their property.

While I sometimes accept press trips, hosted stays and activities, I always disclose where this is the case. All views expressed here and in any of my articles are my own views. I do not allow the host to review or approve my text, although on two occasions I agreed to work with the host hotel to choose which photographs illustrated my articles.

22 responses to “More about Travel Eater”